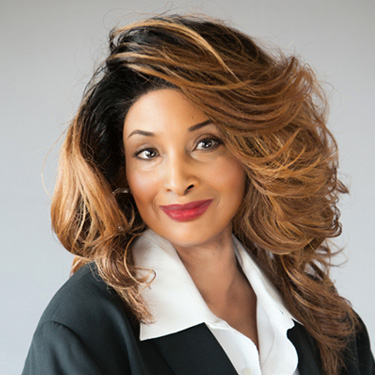 Cheryl Dozier carries with her a long history of accomplishments; whether the industry is governmental consulting, public relations, film and entertainment, public and private sector or corporate. Her determination of achieving successful completion has allowed her to excel in every aspect in the task at hand.

Before collaborating with Flotron & McIntosh, Dozier was the C.E.O. with The Dozier Group International; a government relations, marketing and entertainment consulting firm. During this time, she used her expertise to provide strategic advice to numerous businesses and non-profits on legislative, executive and political issues. Dozier supported and assisted in passing legislation relative to economic development, healthcare, education, entertainment and the film industry.

Before her work with the Black Caucus, Dozier worked for the Department of Mental Health where she was a public information specialist for mental retardation and developmental disabilities. She also worked in the Division of Alcohol and Drug Abuse and the Division of Comprehensive Psychiatric Services. While working in these departments, Dozier obtained extensive knowledge of the Department of Mental Health procedures.

Dozier is results driven and known nationally for her expertise in working with diverse groups and populations including but not limited to St. Louis Metropolitan Clergy Coal, KC Hispanic Chamber of Commerce, Missouri For Fair and Impartial Courts, Missouri Supreme Court, Missouri Division of Tourism and Missouri Department of Agriculture.

Her reputation for working effectively with the faith community and community collaborative is unparalleled. She has extensive knowledge of state and local government, public policy and the legislative process. Cheryl has garnered results and has gained recognition within state government, the state of Missouri and our nation’s capital.

Dozier attended Columbia College, where she graduated with a Bachelor degree in Business Administration with emphasis in Marketing and Management.

Dozier represents a wealth of knowledge in the public and private workings of state government in addition to her detailed expertise in specialized arenas. Dozier proves to be an asset to Flotron & McIntosh, as well as aids in insuring client’s needs are successfully obtained."